I remember the first time that I stood at the Western Wall in Jerusalem, it was 1999 with my wife Liza.  We came into the Old City of Jerusalem with our group and entered the plaza, and then simply stood together silently watching the evening prayers of the men and women gathered at the Kotel.  During my last few years of seminary I discovered, or I should say I was let into the secret, that my great grandfather had been a rabbi in Memphis at the Baron Hirsch synagogue.  My grandmother was his 9th child by his 3rd wife – Ben Zion Feibisch; and my grandmother Sara Malcha {Queen Sara} Feibisch. 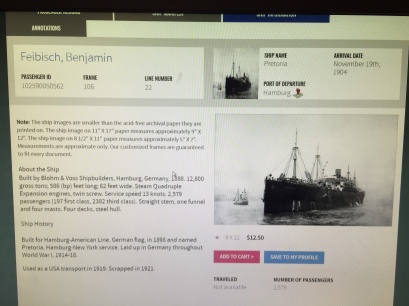 I imagine that truth lay hidden for some time from grandchildren and perhaps even children because of the suspicion of both Russians and Jews on this side of the world.  Once we discovered that we had Jewish family, and that in some settings in Nazi Germany, simply having a Jewish grandmother in some places put a Yellow Star upon your chest, I began to feel the tiniest bit as someone marked by history.  Members of our Jewish family told me the story of Ben Zion and his brother who were fleeing the Russian Revolution and the many pogroms happening against Jews at the time.  Through the years I have wondered if their had been an “Israel” available to them at the time, how they might have crossed the water and landed in Tel Aviv or Haifa rather than at the feet of Lady Liberty and Ellis Island.

We named our first child for the rabbi in Memphis – Benjamin.  He is the last biological male from that line of our Russian Jewish family.  A sort of closing of the circle.

Cathedral Dean - Shreveport - Father of 4 - Husband to Liza. View all posts by aboydjohnson