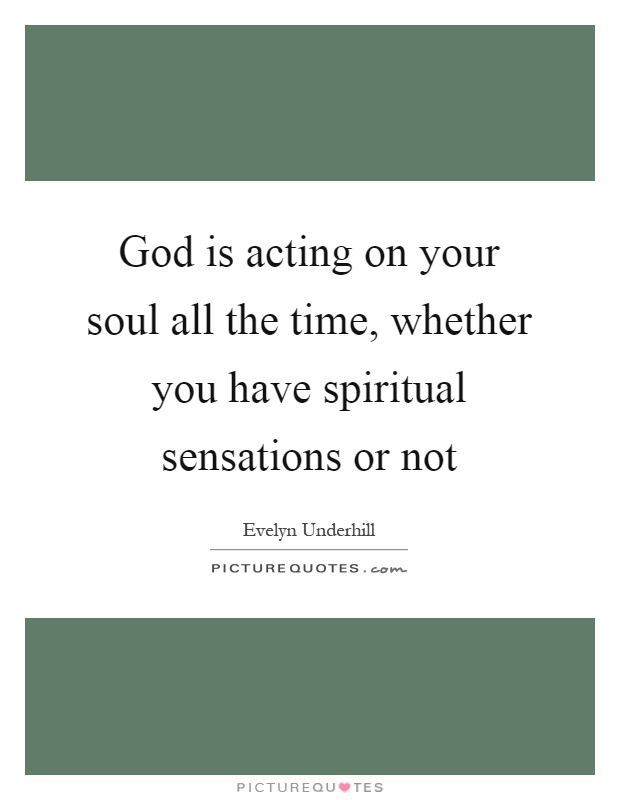 For God, not man, is the first term of religion: and our first step in religion is the acknowledgement that He Is.  All else is the unfolding of those truths about His life and our life, which this fact of facts involves.  I believe in One God.  We begin there; not with our own needs, desires, feelings, or obligations.  Were all these abolished, His independent splendor would remain, as the Truth which gives its meaning to the world.  So we begin by stating with humble delight our belief and trust in the most concrete, most rich of all realities – God.  Yet even the power to do this reflects back again to Him, and witnesses to His self-giving to the soul.  For Christianity is not a pious reverie, a moral system or a fantasy life; it is a revelation, adapted to our capacity, of the Realities which control life.  Those Realities must largely remain unknown to us; limited creatures that we are.  God, as Brother Giles said, is a great mountain of corn from which man, like a sparrow, takes a grain of wheat: yet even that grain of wheat, which is as much as we can carry away, contains all the essentials of our life.  We are to carry it carefully and eat it gratefully: remembering with awe the majesty of the mountain from which it comes.

The first thing this vast sense of God does for us, is to deliver us from the imbecilities of religious self-love and self-assurance; and sink our little souls in the great life of the race, and upon which this One God in His mysterious independence is always working, whether we notice it or not.  When that sense of His unique reality gets dim and stodgy, we must go back and begin there once more; saying with the Psalmist, “All my fresh springs are in Thee.” Man, said Christ, is nourished by every word that proceeds out of the mouth of God.  Not the words we expect, or persuade ourselves that we have heard; but those unexpected words He really utters, sometimes by the mouths of the most unsuitable people, sometimes through apparently unspiritual events, sometimes secretly within the soul.  Therefore seeking God, and listening to God, is an important part of the business of human life: and this is the essence of prayer.  We do something immense, almost unbelievable, when we enter that world of prayer, for then we deliberately move out towards that transcendent Being whom Christianity declares to be the one Reality: a Reality revealed to us in three ways as a Creative Love, a Rescuing Love, and an Indwelling, all-pervading Love, and in each of those three ways claiming and responding to our absolute trust.  Prayer is the give-and-take between the little souls of men and that three-fold Reality.

The School of Charity

Cathedral Dean - Shreveport - Father of 4 - Husband to Liza. View all posts by aboydjohnson